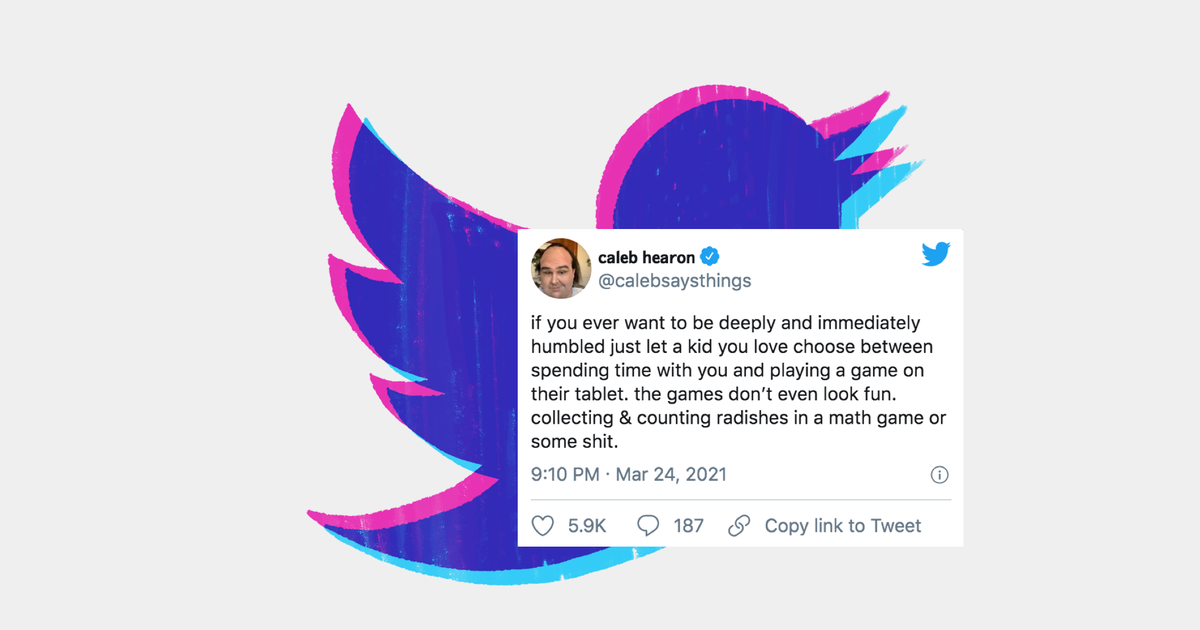 Well would you look at that: another week is in the books.

We’re more than a year into the pandemic and at this point we’re all aware that time is sort of messed up while the world is locked down. But rest assured, I’m like 99 percent sure it is actually Friday today. (Let’s be real, I could never be 100 percent certain.)

So, that in mind, we collected the best tweets from this week. Why? Because we wanted to, that’s why! And we do it every week, so we simply cannot stop now.

Here they are, our 16 best tweets of the week.

1. Heavy, important reading we all must do

2. “Damn, this child chose digital radishes over me” is a stunning blow to the ego

if you ever want to be deeply and immediately humbled just let a kid you love choose between spending time with you and playing a game on their tablet. the games don’t even look fun. collecting & counting radishes in a math game or some shit.

5. And a wonderfully bad ship pun

I would simply counter suez the canal

8. Wherever you think this clip is going, it is not going there

I wake up, head still resting on my pillow, my eyes adjusting after a full night’s sleep. In this moment, I begin thinking about what I’ll eat for dinner

going down to the chippy to get some gribbles and scrumps. england isn’t a real place.

Imagining a 46yo father of three originally from outside Knoxville, Tennessee whose job was to strap the cargo into the ship that’s now blocking the Suez. Morning it set sail he circled the ship twice, patted the cargo a few times, grinned and announced “that ain’t going nowhere”

This just in: Bowser’s Baton Dance syncs perfectly with Britney Spear’s Toxic. Noticed this like 5 years ago, but only just remembered last night during an all-nighter, so I’m sharing this to make sure none of us ever have to forget again. pic.twitter.com/shVO5MmkDZ