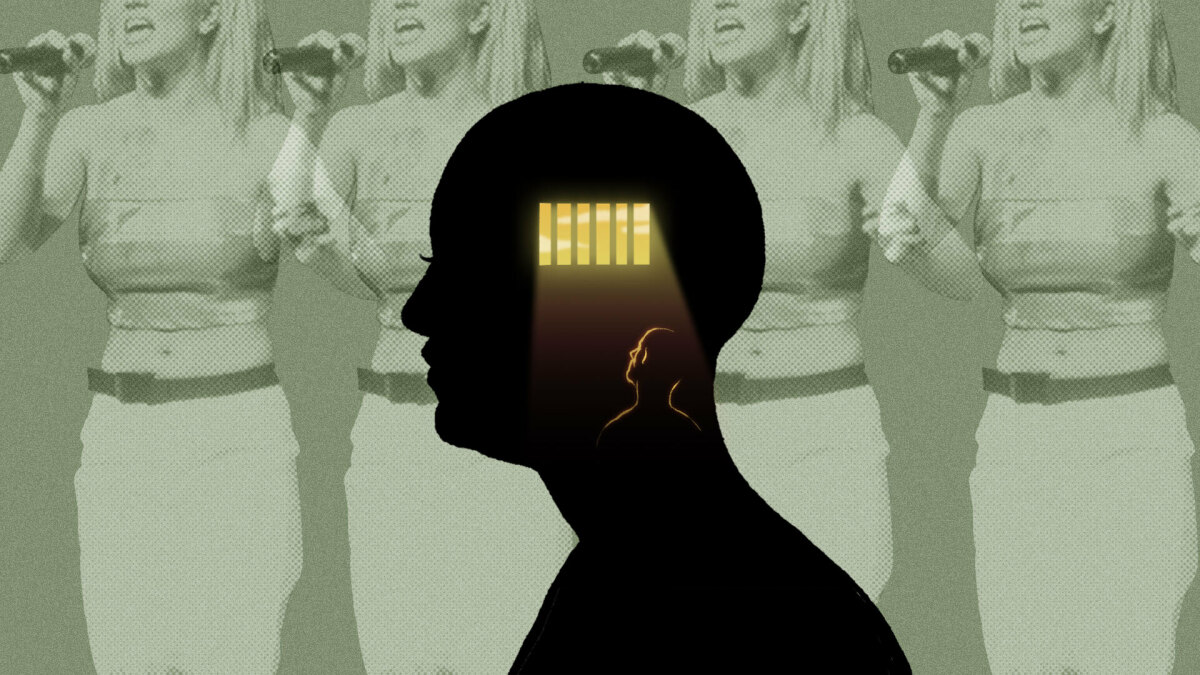 When Britney Spears divulged the details of her conservatorship in a hearing last month they shocked the public.

By her account, Spears had been forced to participate in a grueling mental health treatment program, see therapists she hadn’t selected, take a mood stabilizer with unpleasant side effects, endure psychiatric evaluations, and use an intrauterine device to prevent pregnancy.

“I’ve been in shock. I am traumatized, you know, fake it till you make it, but now I’m telling you the truth, okay, I’m not happy,” Spears said. “I can’t sleep. I’m so angry. It’s insane. And I’m depressed.”

The pop star’s candor, after more than a decade of silence about her conservatorship, shone a light on how a legal arrangement that’s supposed to protect people who are impaired or incapacitated by an illness or disability can actually cause grave harm to them instead. This was no secret to people who’ve lived under abusive conservatorships or guardianships, or to disability rights advocates who’ve fought for greater transparency and accountability.

Yet, Spears’ experience pointed to a broader issue of coercive mental health treatment, which can happen to people whose lives haven’t been taken over by a conservatorship.

It is legal to mandate mental health treatment for someone who appears to urgently need it but won’t consent. Known as civil commitment and assisted outpatient treatment, these legal arrangements place patients either in a hospital or outpatient program. They can often be requested by anyone, including family members, but must be assessed by a qualified medical professional. They are typically authorized by a judge. Research shows that such treatment can be painful, traumatic, and humiliating, and it may lead to worse outcomes. Yet, longstanding laws in combination with a broken mental healthcare system and negative stereotypes about mental illness have created a culture that frequently treats people with a psychiatric disability as incompetent and dangerous.

Some advocates and former patients say such arrangements are beneficial, even when involuntary, but critics argue that being coerced into mental health treatment can be tragic by many measures. Patients can lose their autonomy and civil rights, experience new trauma while hospitalized or participating in an outpatient treatment program, and come to resent and distrust mental health professionals, and are thus less likely to seek help in the future.

If this seems improbable, consider one common scenario: Someone is behaving strangely, their family or a stranger calls a crisis line out of concern, police bring that person to the emergency room, and they express the desire to leave loudly and clearly, perhaps becoming combative. The hospital can then move to keep them there and ultimately request involuntary civil commitment or involuntary outpatient treatment.

Similar to Spears, these patients can find themselves trapped in a setting where they have little to no say over their medication and treatment plan, and where obeying the rules is the key to leaving and reclaiming their life.

“These are serious issues,” says Dr. S.P. Sashidharan, a psychiatrist and honorary professor at the University of Glasgow in Scotland. “Celebrity cases like Britney Spears brings it out into the open to some extent, but it’s a much much bigger problem underneath all that — ordinary people being subject to increasing levels of control and coercion.”

While involuntary civil commitment and outpatient treatment are the most obvious forms of coercion, it can also appear in emergency rooms and doctor’s offices. Those forms of coercion might look like pressure from a mental health provider, implicit or explicit threats, involuntary sedation, restraint, seclusion in confined spaces, and forced medication.

Sashidharan’s research indicates that mandated mental health treatment is on the rise in Western Europe and the United States. At the same time, the rates of incarceration have increased, and incarcerated people may receive treatment against their will in prison or jail. In American drug courts, which became a popular alternative to incarceration in recent decades, the defendant’s freedom is often contingent on their successful participation in treatment.

In the U.S., there’s no routine accounting of how many people are subject to mandated treatment. Data collected in 2015 found that, on average across states, an estimated 9 out of every 1,000 people with serious mental illness were involuntarily committed. But it varies depending on location. That research noted that Wisconsin’s rate was 43.8 per 1,000 people while Hawaii’s was .23 per 1,000. Differences appear with race and ethnicity, too. In New York, Black patients have been overrepresented in involuntary outpatient treatment. Sashidharan says people of color are disproportionately mandated into care often because of factors outside of their control like poverty, limited access to preventive healthcare, and structural racism within psychiatry and mental healthcare.

Suicide prevention has a systemic racism problem. Here’s how to fix it.

Sashidharan believes that the trend toward coercive mental healthcare is partly the result of an increased emphasis on mental illness as a brain disease treatable with medication. While research has brought tremendous gains in psychiatry’s ability to reduce symptoms and improve recovery for certain illnesses through medication, Sashidharan says it’s frequently at the cost of exploring the psychological and social roots of their condition.

“As soon as you are seen as having a mental illness, it is seen as something that can only be modified through the use of medication,” he says. “Many people refuse to take the medication because it has significant side effects. One thing leads to the other and people are forced to then accept medication, and this leads to people being more disengaged from services, which then turns to psychiatry saying you should be treated against your will.”

This might sound familiar to those following Spears’ case. Speaking in court, she described suddenly being put on the mood stabilizer lithium after her therapist said she hadn’t been taking her regular medication and had been portrayed as noncompliant in rehearsals.

“[H]e put me on that and I felt drunk, I really couldn’t even stand up for myself,” she said. “I couldn’t even have a conversation with my mom or dad really about anything.”

Sashidharan says that mandated mental health treatment is also tied to laws that have broadened the criteria for involuntary commitment as well as the drastic reduction in services at community mental health centers, which could provide preventive and ongoing care to patients. Instead, people can’t easily access talk therapy and other forms of treatment, or delay treatment, then end up at the emergency room or in the presence of police officers. A psychiatric evaluation in crisis situations can set someone on the path to involuntary commitment.

There’s a widespread but inaccurate perception that compulsory treatment is only for people who are a danger to themselves or others, says Kathy Flaherty, executive director of the Connecticut Legal Rights Project, a nonprofit that provides legal services to low-income clients who have, or are perceived to have, psychiatric disabilities.

“There’s a widespread but inaccurate perception that compulsory treatment is only for people who are a danger to themselves or others.”

Judges typically take several factors into account when deciding whether to mandate treatment, including whether the person’s disability is “grave” or if there’s been “serious deterioration” in their condition. Some states define these concepts as being unable to provide for basic needs like clothing, food, and shelter. In this sense, Flaherty says poverty as much as an underlying mental illness can lead to institutionalization or mandatory outpatient treatment.

“People who are poor do not seem to have permission to make bad decisions,” she says.

Flaherty, who was involuntarily committed while in law school after becoming manic and refusing medication, says the use of commitment laws for people who pose a threat to themselves or others doesn’t happen as frequently as the public believes.

And public perception matters a great deal. After people with severe mental illness killed individual bystanders in New York, California, and Michigan in the 1990s and early 2000s, those states passed outpatient commitment laws in the victims’ names, in an effort to prevent similar tragedies. Some research suggests that certain types of involuntary outpatient treatment, when paired with intensive community services, reduce future hospitalization and the need for involuntary treatment, enhance recovery, and improve quality of life for some patients. Poorly designed programs, however, risk traumatizing patients. Meanwhile, people with mental illness are far more likely to be the victims of violent crime rather than the perpetrators.

“For our clients, especially I think if you overlay race on top of disability, there’s a perception of danger,” says Flaherty. “Even if there was at some point a benevolent kind of interest in helping to take care of people, I think for a certain group of folks, if you combine psychiatric disability plus race it’s more like, ‘I need to keep myself safe from you.’ It’s not so much about keeping you safe.”

After her first hospitalization, Flaherty returned to the hospital voluntarily at different moments in her life but her final experience was so “profoundly traumatizing” that she refuses to ever return.

Dr. Debra Pinals, a psychiatrist and chair of the American Psychiatric Association’s council on psychiatry and the law, has participated in commitment hearings for patients that she’s treated. She says that meaningfully engaging with them about issues like their treatment and their long-term plan for care, as well as what will happen in court, can make a significant difference in whether they perceive their experience as coercive. Research shows that dynamic is critical for patients. Those who rate interactions with their psychiatrist as negative are more likely to feel they were coerced into treatment, even when it’s voluntary.

Pinals, a clinical professor of psychiatry at the University of Michigan Medical School, says that tools like psychiatric advanced directives, in which patients detail their preferences should they become impaired or disabled, create a layer of protection for those who may fear losing their autonomy during a crisis. She also believes that initiatives like the American Psychiatric Association Foundation’s effort to educate judges about mental illness, new research, and best practices for cultural competence in the courtroom can reduce stigma and lead to more positive experiences for patients.

“There’s a very delicate balancing act that we want to uphold people’s individual rights as much as possible for their right to liberty…and that’s really where we need to start — that people have a right to voluntary treatment and that they can access that treatment,” says Pinals.

Sashidharan and Flaherty agree that in extreme cases mandatory treatment may be necessary, but it should be a last resort and hospitalization should be as short as possible. In addition to advanced psychiatric directives, Flaherty thinks the peer respite model has promise. Such programs are staffed by people who’ve experienced mental illness and offer short-term, voluntary housing and peer support to people at risk of a psychiatric crisis. Sashidharan believes fundamental change will come when the culture of psychiatry prioritizes consent over coercion and care over control, and when resources are used to give people high-quality treatment in their communities instead of placing them in a hospital or outpatient program.

“Freedom is therapeutic,” says Sashidharan, quoting a popular phrase in psychiatric reform. “Actually protecting the person’s freedom, by itself, increases the chances of that person of getting better. If you start doing the opposite, depriving the person of his or her liberty, then that is going to be damaging to the mental health of that individual.”

If you want to talk to someone or are experiencing suicidal thoughts, Crisis Text Line provides free, confidential support 24/7. Text CRISIS to 741741 to be connected to a crisis counselor. Contact the NAMI HelpLine at 1-800-950-NAMI, Monday through Friday from 10:00 a.m. – 8:00 p.m. ET, or email [email protected]. You can also call the National Suicide Prevention Lifeline at 1-800-273-8255. Here is alistof international resources.

‘Maquette’ is a sweet story about love and loss, but too often a frustrating video game